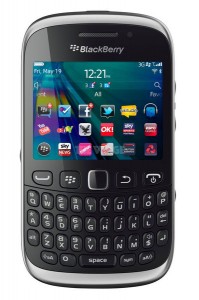 We yesterday reported that RIM is in urge to strengthen its position in the international market with the launch of the BlackBerry Curve 9320. The Verge reports that it had received press images of the device. RIM hasn’t officially announced the device but what the phone specification surfaced the web includes a 320×240 2.44-inch screen, 512MB of RAM, Wi-Fi, HSPA, and a 3.2-megapixel camera. The phone is expected to be available in India (and some other Southern eastern part of Asia).