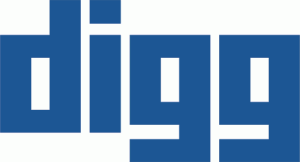 A New York technology development firm Betaworks told the Wall Street Journal that it strikes a deal with Digg to purchase the social bookmarking site for just $500,000. Digg which once tops the chart as social media star and valued for more than $160 million, sold for a mere discounted price. Founded by Kevin Rose in 2004, Digg estimated to have around 4.5 million to 7 million unique visitors every month.  Google once offered the company back in 2006 a price tag which was estimated at $200 million. Well, while Rose resigned from his position in the company in March 2011. The deal covers Digg’s website, technology and brand name, but what Betaworks is not taking is that is the Digg’s employees. Digg’s current CEO Matt Willams told AllThingsD that the deal comes as in the form of both cash and equity.