2012 began with a bang, when Megaupload founder, Kim Dotcom was arrested by the FBI against charges of money laundering and copyright infringement. This Mercedes-loving internet entrepreneur was finally given bail on the condition that he does not leave the country and also not use the internet. While Torrent search engine, BtJunkie shut down voluntarily in the wake of these arrests, Kim, himself, is planning his return to the internet with a torrent site in January of 2013. 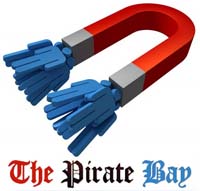 Masters of piracy and evading arrests, the Pirate Bay heard another case go against them when a Dutch court asked the site to be blocked. In response, Pirate bay launched a new site to serve its patrons from the EU. While Pirate Bay was also prepared to fly drones over international waters to evade local laws, the blocking of the website, actually led to an increase in P2P traffic in the region. But guess, Pirate Bay will find work is done more easily, when it moves to cloud computing. File sharing site, Rapidshare, too, has faced trouble with the authorities, and has been asked to proactively filter content to check for copyright material.

One can understand that Rapidshare is likely to comply to these instructions in order to avoid controversy. But, it seems Yahoo! likes controversy. The company which has been in news all year around for various reasons, had to let go newly appointed CEO, Scott Thompson after he was found to have an accounting degree and not a computing one. Of course, there is more than meets the eye in this case. But, you would definitely do a good background check on a person, before making him the face of the company. Probably shutting services and replacing personnel is the new motto at Yahoo. In the past year, the company has closed down Meme, Koprol and a bunch of 50 other services as part of its restructuring.

Search mogul, Google too had its share of problems, especially in France. First, the company was fined 500,000 euros for unfair competition and then President Sarkozy expected them to pay more in taxes. Irrespective, Google launched a new service of renting movies in France over YouTube and the rebranded Android Market Place, Google Play. The company also launched other services in this year, such as Patent Translate in the EU, Street View in Thailand, photo tours of global landmarks and a financial comparison tool to get you the best deals. As always, the company launched another value-added service in form of an education site for teachers covering lessons and classroom activities. In addition, Google introduced its Bouncer services for the Google Play, to keep it free of malicious software.

Google Play’s competitor, the Amazon App Store turned one this year and already boasts of 31,000 apps. Amazon also launched its Wine Marketplace for US netizens, The company’s novel idea of ‘Never Before on DVD’ brings over 2000 rare titles in a digital format, right to your doorstep. Kindle, the company’s flagship e-reader, made new advances by introducing a lending service for its users in Germany and France. The service provides incentives to people who lend their e-books to other users of Kindle. Fans of digital reading have more reasons to rejoice after Encyclopedia Brittanica finally decided to go online and famous Harry Potter books will now also be available in the digital format, both as e-books as well as audiobooks. Even ancient text from Oxford and Vatican libraries will soon be available in digital format. Whether, you will have access to it or not is different matter altogether.

This digital age has majorly changed one function of our lives, the way we interact in the society. With social networking and micro-blogging sites, we now have a medium to speak out to all our friends and family at once, keep them informed and also get updated at the same time. According to a study, these means of communicating are more addictive than alcohol and tobacco and why wouldn’t they be. There is so much you can do on a social networking site, other than see people’s timelines. Hubwit, has found a new way of socializing, by selling your skills to people in your network for a small fee of $4.99.  You can sell/buy photos, get dating tips, make a jingle or a presentation, or even discuss recipes on Hubwit. Even Marketily, allows you to buy/sell from friends of friends. 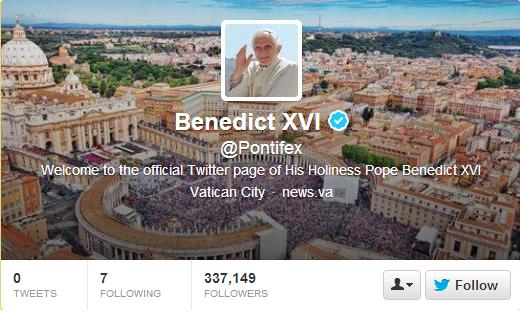 Even if new websites like these do not come very often, the most famous ones like Facebook and Twitter keep updating their offerings to keep their users engaged. Twitter, for example, recently launched the Lifeline feature in Japan, that will people connect with emergency services in the time of need. Plus, you always have the option of following inspirational leaders on Twitter, like Pope Benedict himself!

Recently, even LinkedIn added this feature of being able to follow famous people such as Richard Branson or Barack Obama. Growing faster than Facebook in countries like Indonesia, your LinkedIn account now can also find you dates from your professional network when you signup with Hitch.me. For the year 2013, LinkedIn can expect competition from Chinese micro-blogging site, Sina Weibo, who are launching their own professional network. 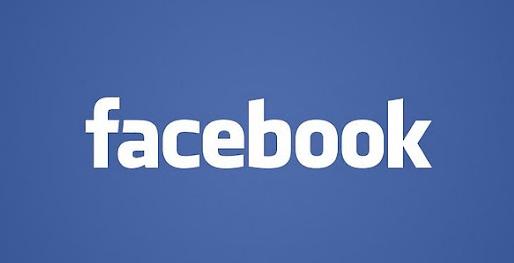 No talk about social networking is complete with mentioning the giant, Facebook! The company that went public this year, has a series of reasons, why people keep logging on to Facebook again and again. Pictures on FB just got bigger and better and you can also buy your annual subscription to your anti-virus service on the Antivirus Marketplace on Facebook. You can build an audience for your music by adding a Listen button to your Page, or simply sign up for organ donation, right on the website. And if you are famous enough, you can even log in with your nickname on Facebook now.

Facebook’s App Center recently went global through which it sends 60 million of its users to 3rd party Apps. Such is the referring power of the website that Samsung paid $700k a day for an ad on Facebook’s log out page. The site also allows for targetted email advertising and Groupon like offers for its users. Even with security breaches at eHarmony, LinkedIn and a survey indicating, that 70% of its users do not trust Facebook with their personal data, the popularity of social networking is always on the rise. Guess, we have entered a new era of Web and Social e-boldness… wouldn’t you agree??!!