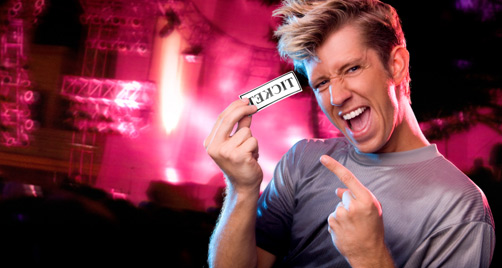 If you’re buying concert tickets online, you may already have encountered the new “pre-queue” booking feature implemented by many arts and sporting organizations. As the name indicates, it is basically a queue for getting into the queue. If you know how to work the pre-queue, you can save a bundle of money on tickets for hot concerts — you’ll be buying great seats at regular prices when everyone else has thrown up their hands and headed to eBay.

If you have recently booked tickets for any hot event, you are probably quite familiar with the process of waiting in a queue online in order to choose your sats. But for the hottest tickets — and though this is not the only way to get sold out tickets for any concert, it’s one of the more common now — people have to take a seat in the online waiting room known as the “pre-queue” before they can enter the queue itself.

Say you’ve written in your calendar that the tickets for the concert you really want to see will go on sale around 9am. After all that is what it says on the website. But what you may not realize is that a pre-queue will open sometime before the deadline.

For example tickets might officially be listed as going on sale to the public at 10am Monday morning. However, the pre-queue might open at 9:30am, or even 6am. (The in-house booking system for the O2 Arena in London has a pre-queue “waiting room” which usually opens 30 minutes before ticket sales open.)

Of course the companies behind these systems claim they are meant to make your life easier, but if you’re trying to navigate an already complex ticketing system it might not feel that way. There’s already enough crashing websites, frantic buttin clicking, and being number 4,000 in the queue.

How to beat the pre-queue

As a rule, if the tickets are listed as going on sale at 10am, then don’t wait until 9:58am to go online. Get on the website at 9am or earlier. This way even if the website is flooded by demand later, you will have got a space in the queue as everyone else is being told the website is “over capacity.”

Now the companies running pre-queues tend to claim it doesn’t matter what time you get in the pre-queue as people in the “waiting room” get randomly assigned positions in the official queue. However, if this is really true, then you can increase your odds of getting a good place in the queue by using multiple devices.

Say you have a PC, a laptop, and an iPad. Those will give you three places in the queue if you have all the browsers open to the ticketing site. Hopefully one of those three will be randomly chosen for a good place in the queue.

Sold out? Or not

Even if it says the tickets have sold out two minutes after you logged in to the website, don’t give up so easily. Keep hitting “refresh” like a madman. The fact is that in the scramble, a few people’s purchases will not have gone through.

Perhaps it was due to a technical problem, or they pushed the wrong button, or they were too slow and got “timed out,” or their cards were rejected. When this happens, their tickets go back on sale — and you’re right there ready to pounce.

In fact if you ask many insiders, they’ll tell you the best time to get tickets is a few minutes after they supposedly “sold out.”