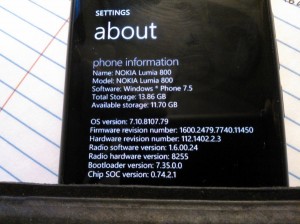 According to AT&T’s official forums, the carrier is not planning on to release the “Windows Phone 8107” bugfix release, which reportedly will solve keyboard disappearances related issue. The carrier earlier also held back on releasing another bugfix update “7740”, and if going on with previous rumors it is said to be suggested that carriers wouldn’t be able to block updates.