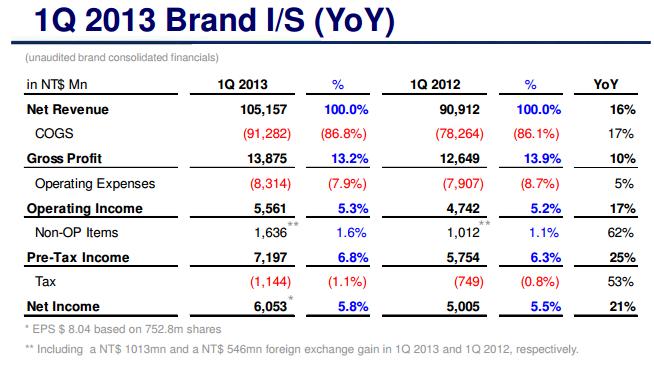 Taiwan’s Asus today posted its first-quarter earnings with reporting the net profits for the three months period ended March rose to NT$6.05 billion (about $202.4 million) from NT$5.01 billion a year ago. The company’s earnings for the period rose 21%, making $3.5 billion in revenue on comparing from a year earlier, thanks to tablet shipments number which being jumped in quarter.

Although Asus did see drops in its Notebook and PC numbers, but there were sales of 3 million tablets in the first three months of the year. The company is predicting that the sales will remain flat in the next quarter also, despite the market conditions.