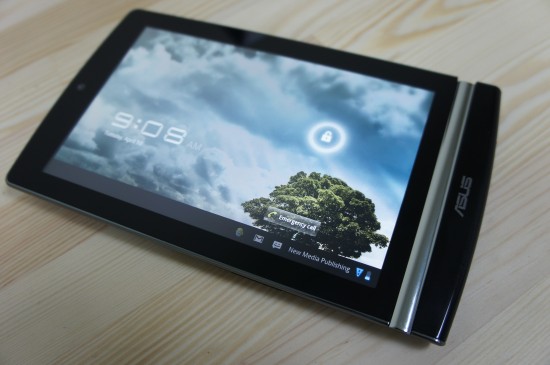 The Asus Eee Pad MeMo ME171 is finally out after taking so long. The company releases two versions of the MeMo the Qualcomm version which is aimed at the Asian market and the 370T that comes with Tegra 3 processor.  The specification includes 1.2GHz dual core processor with 1GB of RAM and 16GB of flash memory, it also has a front facing camera that offers 1.2MP & a 5MP rear facing camera that is capable of 1080p recording.

The company claims that the ME171 will be able to achieve 8.5Hr of video playback on its 4400mAH battery. Currently it’s running Android 3.2 but it will be running Android 4.0. The Nvidia version is the one making all the waves since it is rumored to be retailing for $250.  The MeMo ME171 is dramatically more expensive at 17,500NT or $585.