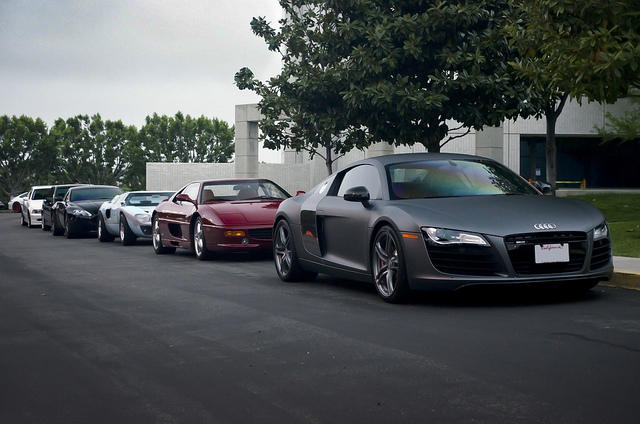 Without going into a long rant about everything that is wrong with the world today, it seems that most of us are not as well off as we were a few years back. We don’t seem to have the spare cash that once led us to make all sorts of fantastic purchases without a care in the world. We have started to think about what we spend our money on and how we can save money by spending less. I have even started buying budget tinned goods from the supermarket. This makes me wonder whether buying new cars is a luxury that I can no longer afford.

Most of you will know that when you purchase new cars you pay the VAT on them and that raises the price significantly. You will also probably be aware of the depreciation in value that cars suffer in the first couple of years of their road going lifetime. In fact some cars can lose 50% or more of their original purchase price very quickly and this has to make you wonder whether they are worth it at all.

That said there are some extremely cheap brand new cars being made by some of the less known manufacturers that are arriving on forecourts every day. Some of these vehicles are actually cheaper new than lots of the better known names are second hand and it generally isn’t until you test drive them that you realize why. They are not very good, they are uncomfortable and difficult to drive, they don’t make you smile and they age a lot quicker than the more expensive models. Now, to my mind, this makes them just about worthless as you might as well buy a second hand quality car that you know will perform rather than pay for a badly put together vehicle that is no fun to be in.

So does that mean that second hand cars are what we should all start to consider? There are some great models out there and they are generally pretty well priced. Cars are a lot more reliable now and that tends to take away the worry of an older vehicle being less reliable. However, the best second hand models have not depreciated as far as you might have thought from their original book price. The second hand cars that tend to look as good as new, even when they have been around the block a few times, tend to hold their prices pretty well and are not much cheaper after a few years on the road than they are fresh out of the factory.

Generally here we are talking about the German brands of VW and the like. There are the luxury large cars and the more reasonable smaller vehicles. In fact when you consider the Golf and the Polo you realize that you are always going to get a fair price when it comes to selling the old one for another new one.

When you consider the cost of fuel and the advances that are constantly being made with engine efficiency, you might even find that buying new saves you money in the long run. So I have convinced myself that buying new is still a good idea, which is just as well because I ordered a new VW Up! only last week.

Bernard Berry is a car mechanic with 30 years of experience in the car maintenance. He is also a writer for different car affiliated websites such as the danish Volkswagen cars. Many of his articles are dedicated to the financial value of keeping an old car running and the benefits of buying a new car.