With last rumors surrounding the web that Apple is currently testing two iPhones at its headquarters, which is having a 3.95-inch display and among them only one will be released. Adding, glitter to this news is that 9to5Mac, along with repair company iFixYourI published photos of a new part from a Chinese supplier, which is said to be of iPhone 5. The parts in the photos appear to be the back plate featuring an aluminium piece as well as a small dock connector also showed up. 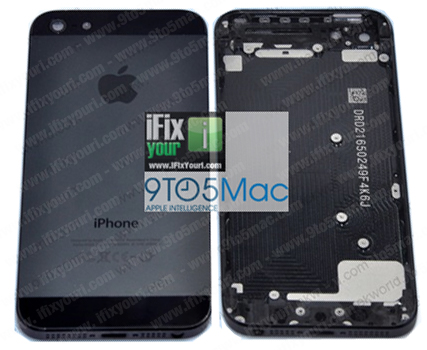