Well, well, the new iPad is finally out on the shelves not in one country but in total of ten countries worldwide with Australia, Japan and Singapore the first three markets to being selling the Apple’s new tablet. The reviews are also above the par as expected – the tech pundits and analysts strongly suggesting that the new retina display and 4G LTE mobile broadband don’t necessarily warrant an upgrade from the iPad 2 version. The carriers opened the gates offering and welcoming the new device in Australia and Singapore as they began selling the device in the early hours, before the Apple store had opened and launched itself.

Australia become the first country to sell the new iPad as operator Telstra opened its doors in Sydney and Melbourne just after midnight to begin sales some eight hours before Apple, according to Reuters. As consumers lined up for the new iPad 3 to buy, suppliers namely Qualcomm, Broadcom and Samsung Electronics had all held onto their prized roles. 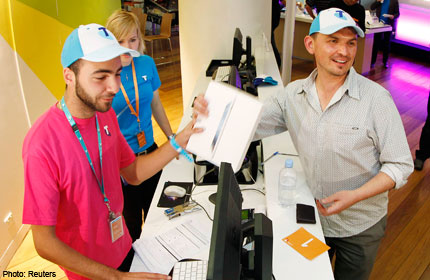 Japan is selling the iPad through one retail outlet making up the high demand of the consumers. The interesting is the Apple’s fans began waiting in line late Wednesday evening, around some 36 hours before the launch. The queue outside the Apple Store in Ginza, Tokyo, was estimated at 400 people, according to CNN correspondent Kyung Lah. 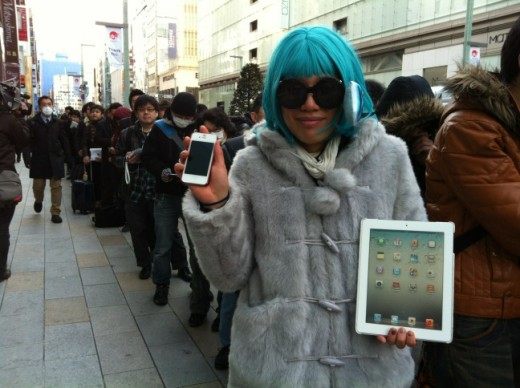 Singapore, the third country on the line-up seen the craziest lover of Apple’s new iPad with some customers were being queued up for as long as 12 hours to get the device. The operator held a midnight launch event at its store in the Orchard Road shopping district, as CNET Asia reports. The launch in the country reportedly was the most “hectic” in nature as M1 used the same midnight opening strategy to sell the device. 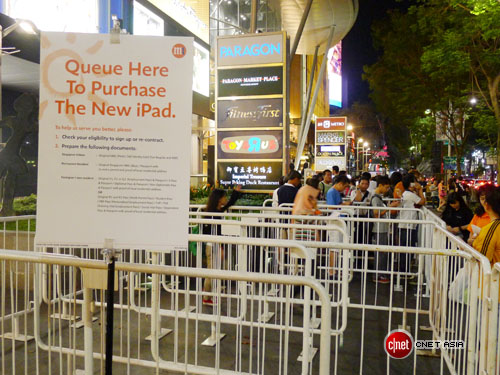 The Cupertino’s company recently passed the $600 barrier on the NASDAQ for the first time in the company’s history. The company’s stock reached $600.01 in pre-market trading but fell shortly before it opened to $599.82. It is currently trading at $595.72 per share. 23 days ago company share reached $500 barrier. It is also expected that the stock price will hike more as the company’s newest iPad is already available in 10 countries.

The iPad 3 is seeing a record pre-orders sales with wait times for shipping the tablet now reaching two to three weeks, resulting in expecting the company to sell a total of 65.6 million iPads this year. The analysts raised their price target on Apple stock to $710 from $665, and maintained their “buy” rating. Apple’s pricing of the new iPad will help the company to maintain dominant share of the growing tablet market.