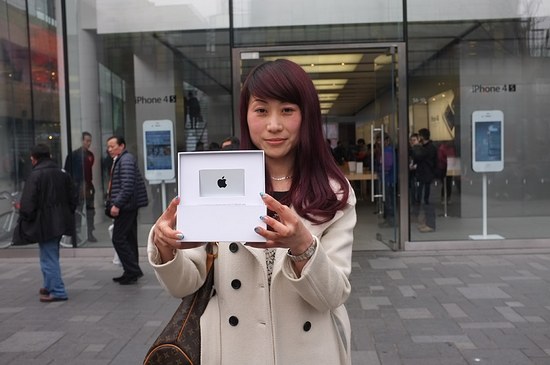 Apple had announced earlier this month that the there had been 25 billion downloads from the App Store to date, the store started four years ago. Apple said on February 17th that it would give away a $10,000 giftcard to the person who downloaded the 25,000,000,000 app or even filed a claim in its non-purchase form that broke the record. Chinese site Qdqss reports that Chinese resident Fu Chunli was the one who had downloaded the 25th billion app. Chunli toured Apple’s corporate headquarters in Beijing, after which she was given an award ceremony to collect her $10,000 iTunes gift card, conduct interviews with the media, and get some training for her iPhone. Qdqss says that Chunli had only purchased her iPhone a month before she downloaded the winning app. She first thinks that the call she received from Apple staff was just a fake call, but later they convinced when she received an email from Apple and congratulatory phone calls from her friends. (Credit: Image Source)