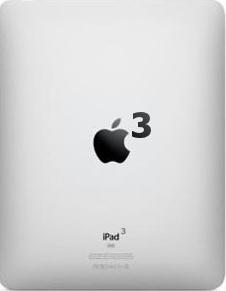 While the new iPad comes under lots of criticism in the past few days, Apple VP Michael Tchao told AllThingsD that, “That circuitry is designed so you can keep your device plugged in as long as you would like.” He added, “It’s a great feature that’s always been in iOS.” This appears to have being largely unnoticed until this latest iPad comes into existence, when DisplayMate analyst Ray Soneira noted that his testing showed the iPad not fully charged when it displayed 100 percent.

Earlier PCWorld had run a couple of tests on the new tablet and had found that it “could not replicate the disturbingly high temperatures”. The publication compared the new iPad with the iPad 2 as well as with the Asus Transformer Prime and Galaxy 10.1 LTE Android tablets – over on which the new iPad topped out at 100 degrees at its hottest point when charging and after playing a game for an hour.

We also reported earlier that users are coming up saying that Apple’s new iPad is running warmer than iPad’s last version, the iPad 2. The report was confirmed by Consumer Reports, who ran a battery of tests on the new tablet with thermometers and thermal imagining. Engineers at organization recorded temperatures as high as 116 degrees Fahrenheit on the front and rear of the new iPad while playing the game, Infinity Blade II.