Apple, for the first time in history, released a report stating its suppliers for 2011. The list consists of total of 156 suppliers in the PDF the company made available on its website. The list includes big names like Sony, Samsung, Sandisk Corporation and Intel. The list can be checked here.

With its newly live reports on the website, company also released its 2012 Supplier Responsibility Report, that figures out the details of the company’s efforts to improve worker protections and factory conditions. In 2011, cases of underage labor were down significantly, and company audits found no underage workers at our final assembly suppliers. 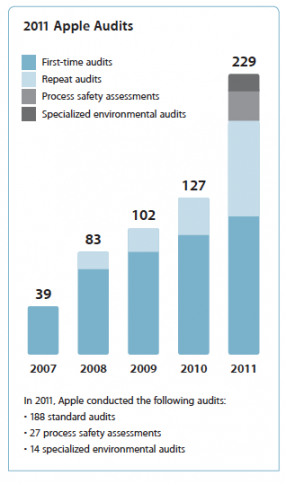 Highlights from the 2012 Report: