Apple has rolled out a new update to Mac OS X Mountain Lion Developer Preview 3, bringing the build number to 12A206j, reports Macrumors. There are no other details on improvements is out yet, but the update what it appears to be a relatively medium size at 1.49GB. There are strong chances that Apple is making some of its final tweaks for developers leading up to its Worldwide Developers Conference. 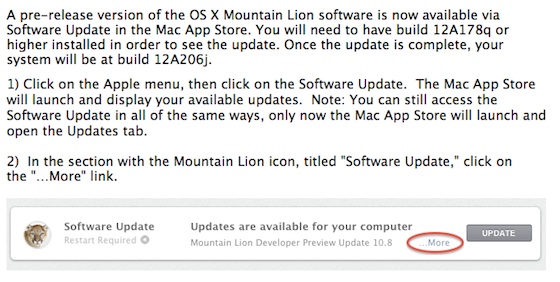