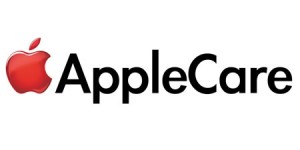 The Cupertino-based Apple has been served with a formal notice by The European Consumers’ Organization concerning “unfair business-to-consumer commercial practices in the internal market”, which in respect to Directive 2005/29/EC requesting the company to puts a halt to its AppleCare guarantees as they stand, reports Bloomberg. The minimum warranty for products sold in the EU is already two years, over which, the commission argues that Apple is misleading customers by encouraging them to purchase their AppleCare warranties, which will further extend coverage to two years, among other benefits.

“Consumers should not be misled and confused as to fundamental EU consumer rights because a company wants to sell their commercial warranty services,” Monique Goyens, director general of the European Consumer Organization said. Goyens, who said consumers in the EU are entitled to a guarantee of at least two years, added the case is “even more important” as it concerns a market leader, whose practices have a “wide impact.”