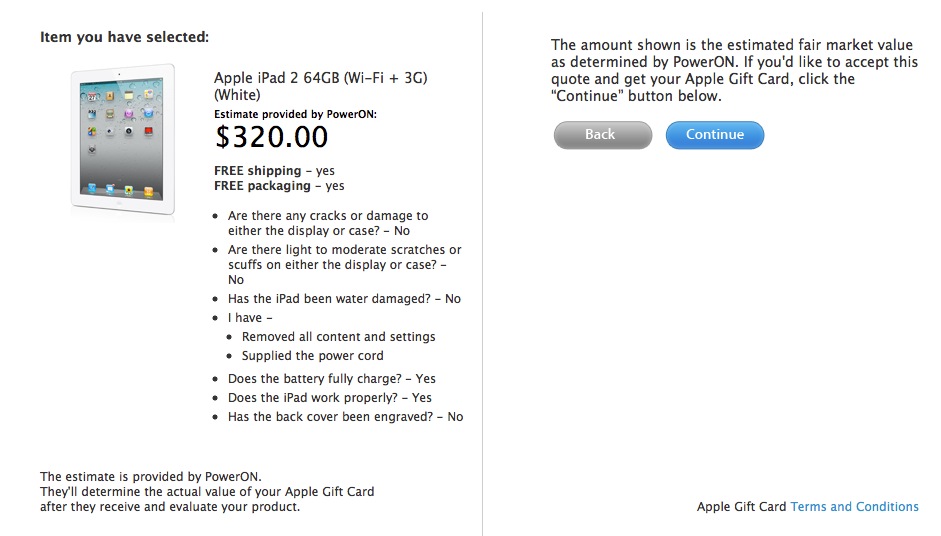 Apple in plans of expanding its current Reuse and Recycling program, the company has included trade in values for the iPad 2. The maximum value, for an Apple iPad 2 64GB WiFi + 3G model appears to be $320 except it needs to be in good condition. The program offers Appls Store gift cards in exchange for your old iOS devices (iPhones and iPads) and Macs. If you chose to trade an old iPad into eBay or Gazelle or Amazon, you will get the regular cash money but not the option of Gift Card which is what the company is offering smartly. The Apple’s iPad 2 trade-in prices: