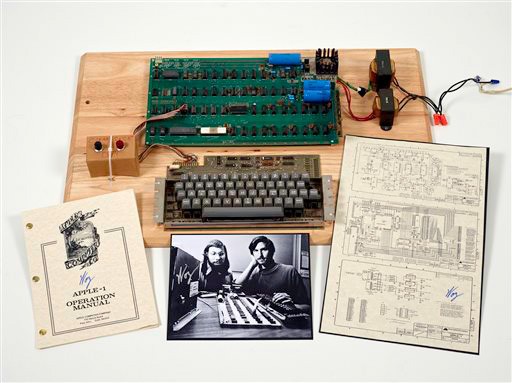 According to a report from the Associated Press, an Apple I computer to hit Christie’s auction block where bidding will reportedly starts at $300,000 although it’s estimated that the historic computer may fetch about $500,000 by the time bidding closes. There are total of only 200 or so Apple I units ever produced; with the number of units still available believed to be in the range of 30 to 50.

“This is a piece of history that made a difference in the world, it’s where the computer revolution started,” said Ted Perry, a retired school psychologist who owns the old Apple and has kept it stashed away in a cardboard box at his home outside Sacramento, Calif.

Earlier this month am Apple I computer sold at German Auction fetch $671,400 and now since another model already in the auction bucket shell, it would be interesting to see that how much this will make.