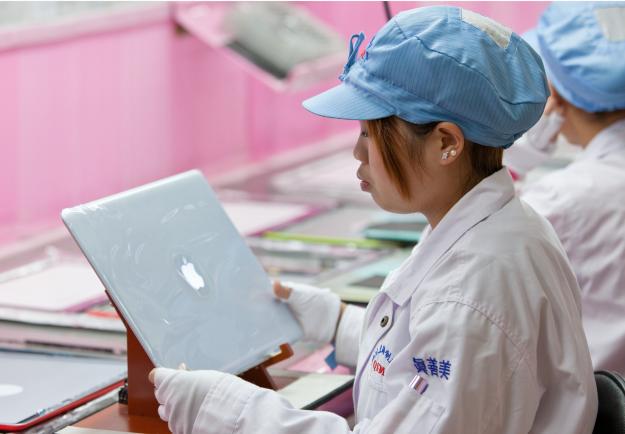 The Cupertino-based giant Apple has issued its Supplier Responsibility Report for 2013 (PDF), uncovering labor agent conspiracy to hide underage workers working at a factory in China. The company’s report included an interesting topic rounding up on “How dishonest third-party labor agents conspire to corrupt the system,” which the iPhone maker discovered during an audit early last year where it had found that 74 cases of workers under the age of 16 only.

“We also learned that one of the region’s largest labor agencies, Shenzhen Quanshun Human Resources Co., Ltd. (Quanshun), which is registered in both the Shenzhen and Henan provinces, was responsible for knowingly providing the children to [the supplier],” the report read. While “Underage labor is a subject no company wants to be associated with,” Apple SVP of Operations Jeff Williams told Bloomberg in an interview.

Apple has conducted some 393 audits, including environmental inspections, process safety assessments and targeted bonded labor audits across its supply chain, which was up 72% from the year 2011.