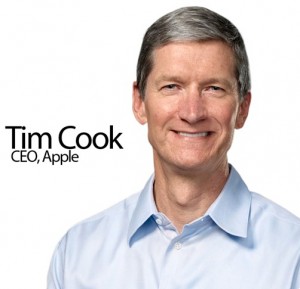 According to The Verge, Apple CEO Tim Cook has donated $100 million to Stanford’s hospital – with $25 million for a new children’s hospital, $25 million for a new main building and $50 million has been donated to Product RED – a charity that combats diseases such as AIDS, tuberculosis, and malaria. Cook made his announcement during an internal town hall meeting celebrating Apple’s successful fourth quarter.

This comes days after NY Times report stating harsh working conditions at Apple’s component suppliers in China. Apple CEO Tim Cook said the company cares about every worker in its supply chain and that any suggestion to the contrary was patently false and offensive in nature. Cook addressed the issues highlighting the report in an e-mail sent to employees today.

The New York Times published a report that profiled hazardous factory conditions – recounted an explosion at a plant in Chengdu that killed four, focusing on the final months for Lai Xiaodong, a 22-year-old who had worked a few months at the Foxconn Technologies plant where the iPad is produced. The report linked to scores of injuries and a handful of deaths.