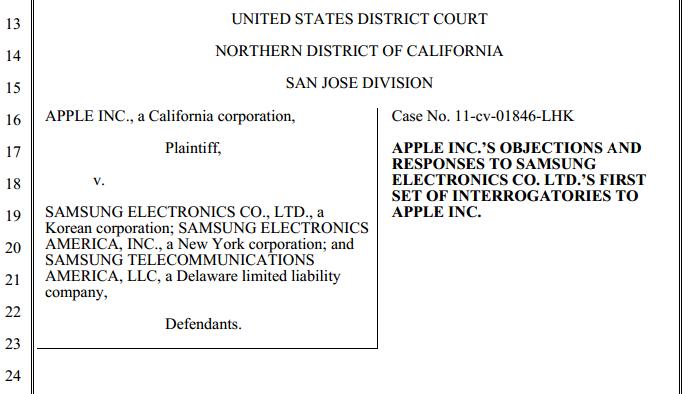 On or about August 4, 2010, Apple representatives met with Samsung in Korea and showed a presentation titled ‘Samsung’s Use of Apple Patents in Smartphones.’ This presentation emphasized Samsung’s copying of the iPhone and identified two of the patents-in-suit (the ‘002 and ‘381 patents), giving Samsung actual notice of at least these patents, and many more. On or about August 26, 2010, Apple sent Samsung an electronic archive file containing claim charts further illustrating Samsung’s infringement of Apple patents. A presentation document that accompanied these claim charts identified the ‘002 and ‘381 patents as two patents that Samsung products infringed, and it substantiated these allegations with text from the patents and photographs of Samsung devices illustrating infringing functionality. Apple later presented these slides to Samsung at a meeting in Cupertino, California on or about September 9, 2010.

Apple since from the year 2010 approached south-Korean giant Samsung to head off its patent litigation, the company revealed in its recent filing in California federal court. The Cupertino-based giant details the negotiations it tried to pursued with Samsung between July and September 2010. The first patent talk take place in July 2010 followed by which company claimed that it had attempted three more times to convince Samsung that it infringed.