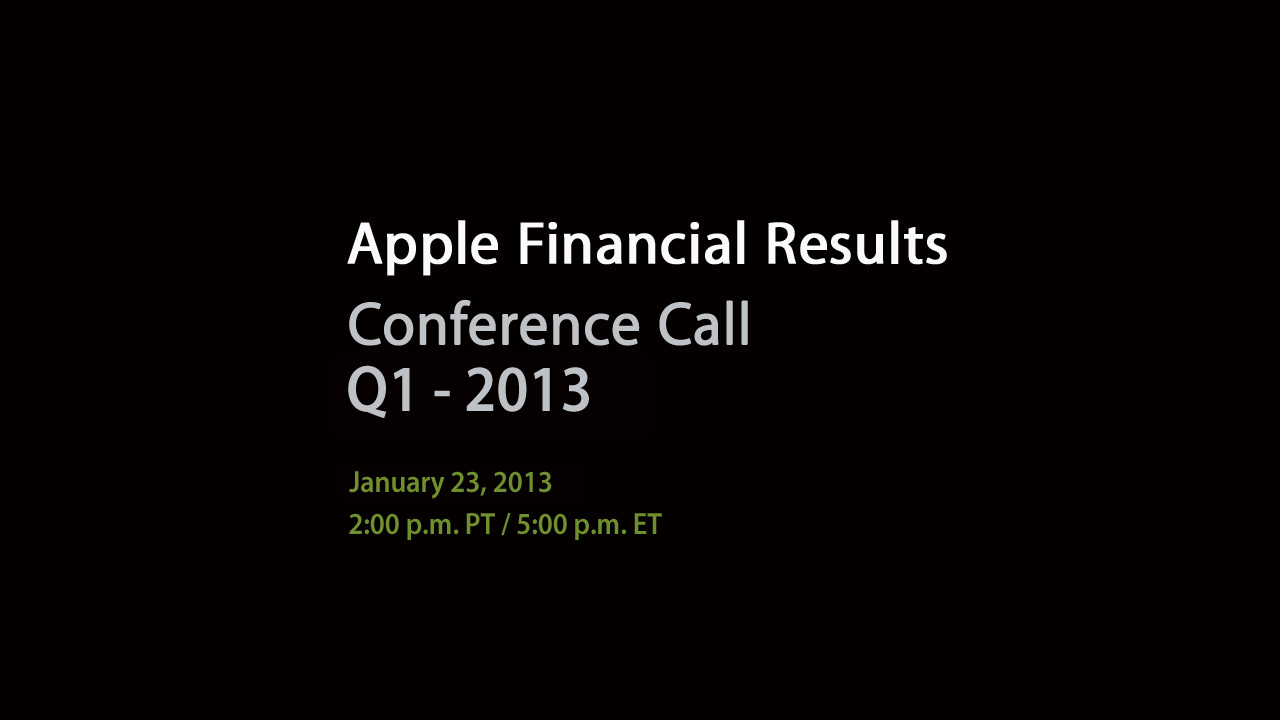 Opening the pages of history from the time when company announced its fourth quarter results, the revenue amounted to $36 billion, with earnings per share was of $8.67 per share with Apple posted $8.2 billion in profit.

“We’re pleased to have generated over $41 billion in net income and over $50 billion in operating cash flow in fiscal 2012,” said Peter Oppenheimer, Apple’s CFO during the Q4 2012 call. “Looking ahead to the first fiscal quarter of 2013, we expect revenue of about $52 billion and diluted earnings per share of about $11.75.”