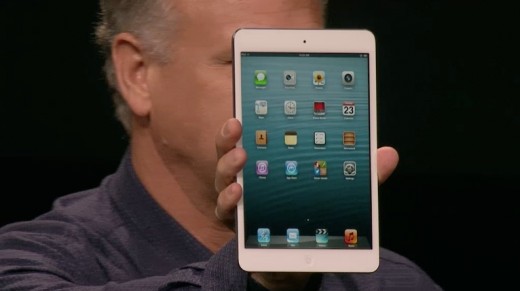 Apple today at the event finally announced the new iPad Mini. The new iPad Mini features a 7.9-inch display and having 1024 X 768 resolutions, just like as earlier-generation iPad models. But, all what it make lighter is its all-new 7.2mm thick aluminium shell, which makes it 53 percent lighter. The new iPad, the iPad Mini comes with a dual core Apple A5 processor, LTE, a 5-megapixel iSight camera, 802.11n Wi-Fi, the new Lightning connector, and a claimed 10-hour battery life.

The news is a part of Apple Special Coverage news.