According to Sydney Morning Herald, Apple has moved again to protect the use of its “i” brand, this time in New Zealand where it is fighting a trademark application for a smartphone case with the name ‘driPhone’. Hayden Crowther, of Hamilton, New Zealand created the driPhone as a sturdy, waterproof case for smartphones of all varieties but Apple is opposing his plans to trademark it in New Zealand and has now asked him to switch the letter ‘i’ in driPhone for a ‘y’.

“The trademark and patent attorney said Apple was doing it to preserve its position.” Apple claimed in the notice that the driPhone name “would be likely to deceive or cause confusion” and was “contrary to New Zealand law”. It also objected because “the applicant’s trademark, or an essential element of it, is identical or similar to a trademark that is well-known in New Zealand [iPhone]”.

Crowther believes Apple’s complaint holds “little weight” and has refused to rebrand because the driPhone logo takes up less space and, according to reports, would be cheaper to fight Apple’s complaint. He has until April 1 to respond but it is unlikely he will comply. 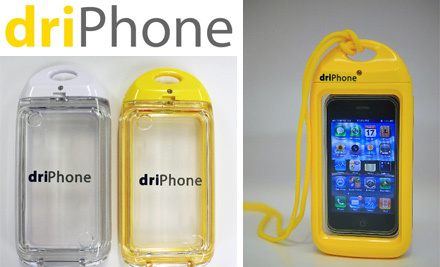