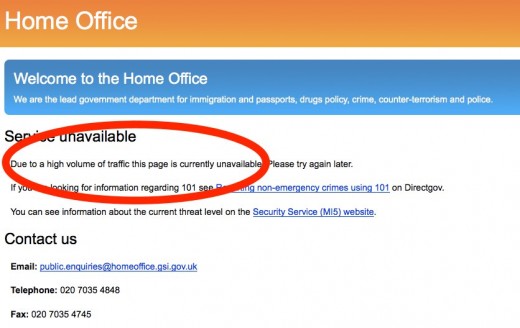 The hacker group Anonymous has hacked UK’s Home Office website in response to government plans for extradition of Pentagon hacker Gary McKinnon and TVShack’s Richard O’Dwyer back to to the United States, reports BBC. The UK government in regards to surveillance had been discussing the approval of laws that would allow for more social network and email surveillance to combat terrorism. The new laws are set to be discussed during the Queen’s speech on May 9th.

A Home Office spokesperson told the BBC that is it closely monitoring the situation:

We are aware of some reports that the Home Office website may be the subject of an online protest. We have put all potential measures in place and will be monitoring the situation very closely. If a successful denial of service attempt does occur tonight, we will liaise with the technical team and update as necessary.