According to a new report from Analysys, Google’s Android continuing to make an impressive mode in the Chinese smartphone market, accounting for total of 83 percent market share in the second quarter of 2012, leaving 6 percent each for its rival Nokia’s Symbian and Apple’s iOS. In the past year, same quarter, Google’s mobile OS had an estimated 47.6 percent of the market share, compared to that of Nokia’s 32.3 percent, while Symbian share of Chinese smartphone share dropped over by 26 percent. What, not to be surprising is that Windows Phone and Windows Mobile remains largely remain irrelevant in the country. 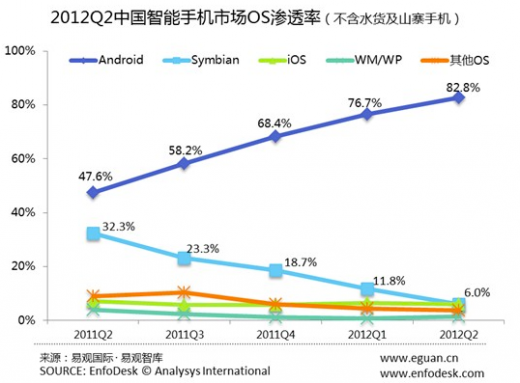