Faster web connection this is all what we want and today Akamai released its Fourth Quarter, 2011 State of the Internet report. The report provides insight into key global statistics such as Internet penetration, mobile traffic and data consumption, origins of attack traffic, IPv6 adoption and global and regional connection speeds. More than 628 million unique IP addresses from 236 countries and regions connected to the Akamai Intelligent Platform, representing 2.1 percent more IP addresses than connected in the third quarter of 2011, and an increase of 13 percent compared to the same quarter a year ago.

The United Kingdom represented the most significant quarter-over-quarter increase at 13 percent, increasing to more than 25 million IP addresses. Russia’s 6.9 percent growth to almost 14 million IP addresses represented the next largest percentage growth rate. A 3.4 percent increase in China brought that country’s unique IP address total to more than 84 million. In terms of attack traffic and top ports attacked, China, at 13 percent, generated the most attack. The United States (10 percent) and Indonesia (7.6 percent) rounded out the top three. 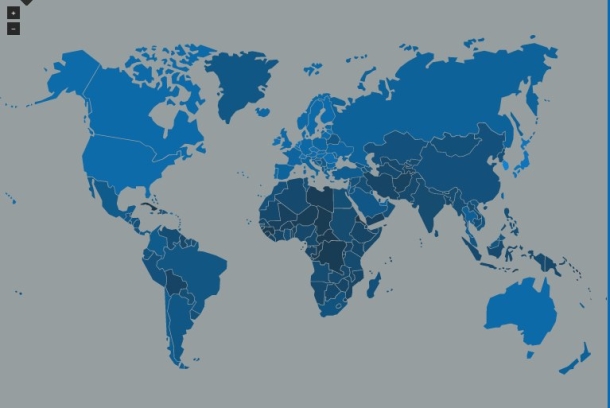