Over yesterday we reported that The Australian Competition and Consumer Commission will be making an application to the Federal Court in Melbourne for orders against Apple for alleged contraventions of the Australian Consumer Law (ACL) following by which today the Cupertino-based iPad maker is offering its new iPad buyers in Australia the opportunity to get a full refund. 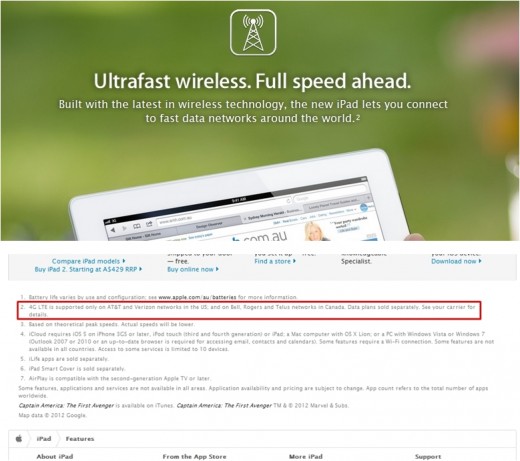 The iPad misleading advertising have now begun spread to neighbouring New Zealand where authorities are now scrutinizing the company, a TVNZ report says. The Commerce Commission is carefully watching legal action its equivalent in Australia is taking over the new Apple iPad. The commission has received one complaint about advertising of the new device.

Apple has since added clarification the dedicated Australia iPad page which now explains that LTE support is only available in North America: 4G LTE is supported only on AT&T and Verizon networks in the US; and on Bell, Rogers and Telus networks in Canada. Data plans sold separately. See your carrier for details.