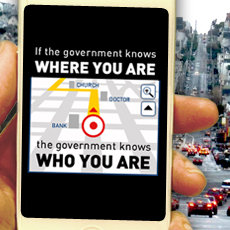 In a recent study conducted by the American Civil Liberties Union, it appears to be stated that from over 200 responses it received (out of 380), shows that the vast majority of department utilize cell phone tracking information on a regular basis. The union had requested information from over 380 state and local law agencies about policies for tracking cell phones. The rules for accessing such information requires a warrant which these most of departments not get and ask for the information directly from the carriers, with some goes further beyond that with their own cell tracking equipment.

The report raises “disturbing” privacy and civil liberties issues, said Catherine Crump, staff attorney for the ACLU’s Speech, Privacy and Technology Project. “Tracking someone’s location is a substantial invasion of their privacy,” she said in an email. “To know where a person goes is to know what they value, to know who they are.” Police should get a warrant before tracking mobile phones, Crump said. “The government shouldn’t be engaging in such an invasive practice without strong safeguards,” she added. “Having to go to a judge and prove that there is probable cause would be such a safeguard.”