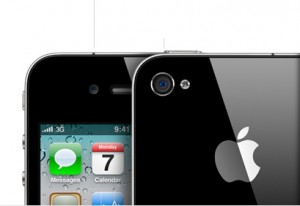 A new report from ABI Research revealed that 4G devices are expected to generate 87 million in unit sales in 2012, up 294% year-on-year. The 4G subscriber adoption is primed to take off in 2012 as a range of 4G-enabled mobile devices, from USB dongles, smartphones, tablets, 4G portable hotspots, and wireless broadband CPE modems. It is expected that “High definition,” from video streaming to richer, more interactive/immersive social networking and gaming experiences, should coax 3G customers to migrate to 4G.

“As evidenced by the Australian iPad 3 promotion fiasco, when iPad 3s were being promoted as being ‘LTE-ready,’ even though the modem is unable to access the Australian LTE spectrum band, the number of LTE spectrum bands will hamper initial pricing and product roll-out,” comments Philip Solis, research director, mobile devices. “Nevertheless, in addition to 61 million 4G handsets being shipped in 2012, we estimate 26 million 4G non-handset products will be shipped. In the short-term, most of that will reflect customers purchasing USB dongles for legacy laptops and netbooks, followed by customer premise equipment, or home modem, purchases.”