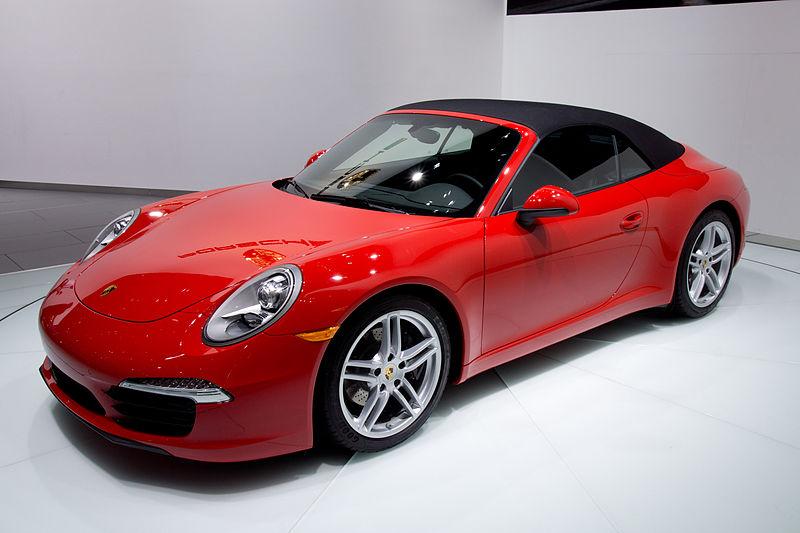 How much do you love Porsche cars? The famous manufacturer has been making luxury vehicles since the 50s and believe it or not they’re not planning to stop the production any time soon. Famous for its revolutionary 911 model, Porsche produced lots of additional models over the years such as Boxster, Carrera, Cayman, Panamera, and Macan. If you’re thinking to invest in a used Porsche 911 car, make sure to check out the guide below. It is meant to help drivers make a sensible choice with a limited budget.

Why should anyone spend money on a Porsche 911?

Porsche 911 features a timeless design. It’s the type of vehicle any sports car enthusiast will appreciate. To everyone’s surprise, the 911 just turned 50 years old in 2013, and they’re still making the model. Now we’re talking about modern technical details and 4-set configurations, yet the design is still a clear reminder of previous 911 models from back in the day. You if you’re not ready to spend $100,000 on a brand new Porsche 911, maybe you’d be willing to invest ¼ of that amount on a used car. The older you’re willing to go, the less you’ll pay for a Porsche.

Although Porsche’s main design for the 911 model hasn’t changed much, there were plenty of modifications performed over the years. For example, between 1960 and 1998 the company introduced the cool-air engine and circulating oil, but because it couldn’t keep up with competitors such as Ferrari for example; so Porsche had to switch to the liquid-cooled engine. Apart from managing to stay on top, the latter engine introduced was better, less noisy, and more competent. So what will it be – a 911 from the 60s or a 911 from 2000? Make your pick!

New technology and better features came along with the 3rd generation of the Porsche 911 model, also known as the 964. Featuring an ultra-exotic design, integrated bumpers, aerodynamic efficiency, and anti-lock brakes, the 964 was a revelation for passionate drivers and Porsche aficionados. With even better characteristics, variants, and spinoffs came the 4th generation between 1994 and 1997. Sliding glass roofs, all-wheel drive versions, and variable valve timing, were just some attributes that made people invest in a Porsche car. Between 1998 and 2008 the company produced the 996 model, a version that features even better performance.

How much money are you willing to spend on a used Porsche car? Because at last we have the manufacturer’s most recent model, the 997 produced between 2005 and 2012. Featuring improved technology, a sharper exterior design, dual-clutch auto gearbox technology, and PDK, this beauty is particularly made for drivers with a need for speed.

Prior to making a purchase, have your car inspected by an authorized Porsche technician

Before investing a lot of money in a used Porsche 911 car, buyers should first have their vehicles inspected. These cars are somewhat exclusives, so it’s important to have them checked by an authorized Porsche technician. It might cost you a few hundred dollars, but at least you’ll be 100% that the investment you’re making is a sensible one. Considering the anticipated price of a used Porsche, you are also advised to purchase an extended warranty; the good news is that certified pre-owned cars often have that extended warranty included. This guarantee can be of excellent assistance in cases your vehicle breaks down all of a sudden or needs some repairs done.

Ok, so you’ve decided to buy a Porsche. You picked out a model and you found a seller. What’s next? It’s time to check the vehicle’s historical background. It shouldn’t cost you a lot of cash, and it’s a step you can’t miss out if you want your investment to be a solid one. Questions you have to ask a seller:

These are just a couple of questions you have to ask a seller if you want your investment to pay off. It’s important to be careful. Although you can easily check mileage and car parts replaced, you can’t know for sure if the owner is being honest with you 100%. Don’t forget that you’re buying a used Porsche car, so you can’t expect it to run flawlessly. It’s really important to invest in a Porsche whose engine work well, which is why you are more than advised to do as many checks as possible. Don’t hesitate to ask if you have concerns, and always remember that older cars usually have more problems because of their age (yet that doesn’t mean they can be fixed to suit your needs).