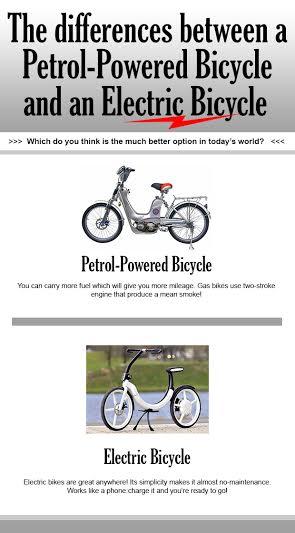 If you’re just learning to ride or don’t like a challenge, Melbourne and Canberra offer relatively flat surfaces for quiet, carefree bike journeys; choose these cities for the most leisurely of rides. However, if you’re fit, love temperate weather, adventure and camaraderie, take that two-wheeler to Sydney.

With its hilly topography, beautiful beaches, botanical gardens, scenic walkways, bountiful bays, heralded harbours, pretty parks, islands, and trails, cycling in Sydney may be one of the most idyllic places to cycle. There’s little to improve on, with the exception of choosing to ride an electric bike in Sydney.

There’s so much gorgeous ground to cover, so much to see. But for the tourists who wish to relish the opportunity to climb onto an electric bike Sydney countryside is waiting, since locals love it too!

Sydney has extraordinarily high numbers of cycling clubs, who take to the trails and byways. It is, still, though, a city reliant on motor vehicles, where traffic and public transportation are regularly at capacity.  Unlike many other cities of its size, Sydney has an organized bike-riding infrastructure, which the City of Sydney is frequently observing and upgrading. The city administrators are active participants in BikePlan, and city councils throughout maintain detailed and up-to-date information regarding cycling in their area.

Consider the pollution wrought by petrol-powered vehicles, and the aforementioned deluge the city and populace deals with daily. Repressive exhaust’s effects will lessen if more people opt to cycle. But if you want a longer ride, prefer not to be too moist with perspiration when you arrive at work, or just tire easily, there is, again, the exciting prospect of the electric bike. An electric bike in Sydney features pedals with a motor to assist the rider.

Using an electric bike – or a converted “regular” bike is:

Versions of electric bikes have been available since the 1800s, but it was only in the last decade did the tremendous benefit and charms of the EV bike come to light.The simplest and most common motor type is the hub motor, points out J. Marvin Campbell, a California-based electric vehicle and bike advocate. The electric bike market was seriously impacted when hub motors began to be mass-produced out of China, which, in turn, may have the most electric bikes than any other country. 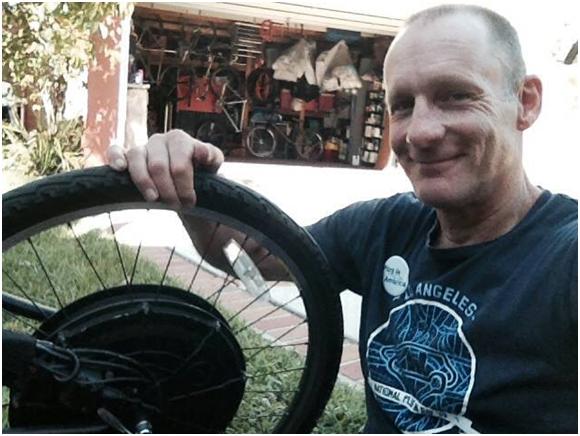 Campbell at the back wheel of his beloved EV bike.; Photo courtesy of J. Marvin Campbell

“Electric bikes work great anywhere regular bikes can be used,” says Campbell, who bought his first electric bike on Craigslist, paying $150 (US) for what retailed at more than $3,000 (US). He also has not owned or driven a petrol-powered vehicle for 14 years.

In the United States, an EV bike motor can’t be higher than 750 watts. In NSW, any bike with a power source of 250 watts or less is classified as a standard bike, which means no special licenses, registration or parking issues. Entry-level bikes can start as low as $995 (AUS) for a small, foldable version and can go up to premium rides at $3500 (AUS). Shop around. Rentals are easily found, and a great way to sample the delights of riding an electric bike in Sydney.

Campbell, a busy actor who also works with www.PlugInAmerica.org, suggests, “You want to buy your EV bike and/or components from a reputable maker who has been around for a long time to ensure repair parts and support will be available.”

Don’t confuse riding an electric bike with a non-pedal, petrol-powered motorcycle. It’s not a difficult choice to make: petrol or electric – “The biggest difference between petrol and electric assist bikes is the fact petrol bikes can carry more fuel onboard, and thus can have a greater range,” Campbell explains. “This becomes a non-issue when you realize most people use bikes, power-assisted or not, for shorter neighborhood trips- not long distance travel.”

If you’re still not convinced, consider what Campbell – who rides a standard bike 10K miles annually (but takes the EV bike when he’s “too tired to pedal”) – points out: “What I hate the most about the petrol bikes is that they use cheap Chinese two-stroke engines that burn a mixture of petrol and oil (premix). They smoke like the devil and wear out quickly.” He further adds, even though a petrol bike offers its riders 100 mpg, “those engines create the pollution of about 20 modern automobiles.” Full-size motorcycle petrol engines can create the equivalent pollution of 30 to 50 cars.

“Electric bikes are superior to petrol bikes because they are simpler and make much more efficient use of energy,” he adds. “Due to simplicity, there is virtually no maintenance required to the electric-drive system. Regular bike maintenance is still required, of course.” Regarding maintenance, Campbell says, “Charging an ebike is no more complicated than plugging in your phone to charge.”

If you ride a standard bike, you do not need to buy additional safety equipment, “use the same safety equipment on an EV bike as …on any bike,” he says. “I’m partial to helmets. Most people who have ever hit their head on the ground are. Safety considerations are the same for any other bike, with the caveat that power-assist can put you in situations you might not see with pedal-power only. Plan accordingly, and it you have any doubts, work on your bike-handling skills.”

Avoid traffic, enjoy the outdoors, and take in all that makes Sydney sweet. “EV bikes are great for work as they allow you to get there without getting all sweaty, but you can pedal home to get a little more exercise, if you’re so inclined.”

Help yourself. Help the environment. Hop on an electric bike in Sydney. “Fossil-fuel is a relic of a bygone era,” says Campbell. “Internal combustion is 19th century technology. We deserve better.”